This install is plug and play, really easy. For some reason my video ended up 9 minutes, almost like I am installing in real time. It should probably take you 15 minutes if you're experienced in your game, maybe 30 if you take your sweet time.

2. Remove the two screws holding in the apron and slide the apron off.

3. Remove the two screws holding in the pop bumper cap and remove the cap, set these aside.

5. Thread the two wires from the lamp holder (one is red, one is black, they have metal prongs on the ends) through the two NON screw holes in the pop bumper body. Does not matter which one goes in which hole. As they go through you'll want to grab them from under the playfield. Maybe some pliers or tweezers will help. Pull them through the slots in the pop bumper bracket so they are out of the way of the mechanism.

7. Install the lamp in the holder (push the plastic body of the bulb and not the bulb itself). It only works in one orientation, and there is no identifying way to know this, so just put it in. If it doesn't work, remove it (pull the plastic base) and turn it around. No harm, no foul.

8. Optional is to add the 2nd light around the base of the pop bumper. It needs to be far enough back that you can't see it and out of the way of the pop bumper skirt. You can use hot glue to adhere it or the double stick tape that is included. Thread that lamp connector through the slot where the switch is next to the pop bumper.

9. Pop the playfield up in to the raised position.

10. Find the Castle playifield spotlight connector. It's a white molex connector, 2 wires. One side has two blue wires and two blue/orange striped wires going in to it (they are doubled up). The other side has one light blue wire and one black wire (coming from the Castle playfield). Disconnect this connection and plug the wiring harness in to this connector so it ends up inline. There is only one way you can install this.

11. Run the wires from the wiring harness neatly along the main wiring harness trunk running up the left side of the playfield. Use the included zip ties to bundle everything together. All pinball gods are tidy!

12. The two wires which you ran down the pop bumper have metal tabs on the ends. Those slide in to the loose red wire connector included with the kit. The little metal tab that sticks out from the rest of the connector is "up". The red plastic connector is "up" when the two cutouts (or windows) are showing. See the picture for orientation. If you have everything lined up properly when you slide the metal tabs into the red connector you'll hear and feel a click. Keep black on the same side as the connector that was already made up for you on the playfield light.

13. Now you have two red male connectors from the two lights and two red female connectors on the wiring harness. Just plug them together, zip tie everything up and you're set! Put the stuff back together the way you took it off (pop bumper cap, apron) and test it all out. You can expriment with how you orient the bulb on the playfield (or leave it off).

Enhance your Wizard of Oz (WOZ) pinball game by Jersey Jack Pinball with this fun and easy mod. This quick and easy installation will give you a realistic flickering flame light under your TNPLH (There's No Place Like Home) State Fair hot air balloon. The flame is completely random and looks very much like a real flame in a hot air balloon.

With simply removing a few screws and running a few wires you can have a really fun, cool upgrade your WOZ. 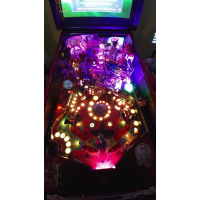 This is the mega upgrade lighting kit. It includes 7 spotlights, trough lighting and backboard light.. 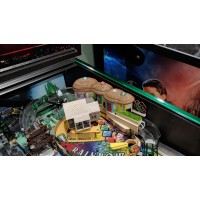 One of the remaining items on Jersey Jack Pinball's WOZ that needed some attention was the Munchkinl.. 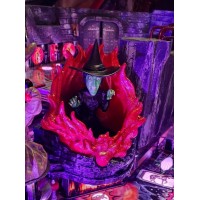 Here is an alternative to your tired, bored, encapsulated witch. This is meant as a plug and play, d.. 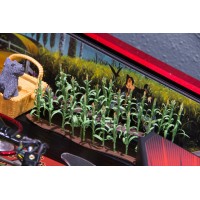 The shooter lane is missing a little something, no? Here is our first in a few dress-up mods for thi.. 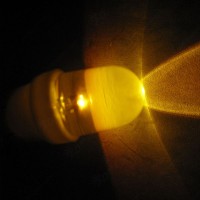 In our Flickering Flame Hot Air Balloon mod for WOZ we ended up creating a custom flickering we.. 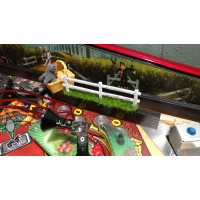 While you're dressing up your WOZ shooter lane with our Corn Stalk Field you can bring even mor..